Stroud (2015: 36) recently emphasized the utopian dimensions of linguistic citizenship as “where encounters can be reconstituted as an arena for the negotiation of difference rather than the imposition of commonality (in language, speech norms, or social identity).” A prominent feature of this utopic view of linguistic citizenship is agency and voice and the imagining of a different way of living through language. In this paper I want to draw not on examples of agency and voice, but on silence. This paper reports on a project that used an arts-based approach to investigate narratives of two groups of African migrants living in South Africa. This paper will investigate linguistic citizenship from a particularly dystopian perspective, in the sense of “a utopia that functions only for a particular segment of society” (Gordin, Tilley & Prakash 2010). Thus, the paper focusses on a lack of voice, not silence out of resistance, but the kind of silence that comes from an inability to speak. Stroud (2015: 37) states that linguistic citizenship “invites us to talk about language in visionary and utopian terms by encouraging reflection on the way in which the humanity of each of us depends on respectful recognition of, and engagement with, the linguistically mediated humanity of others”. This paper will investigate linguistic citizenship from the perspectives of those who have been stripped of humanity, and who choose not to talk. Specifically, I interrogate how silence fits into a utopian view of linguistic citizenship. 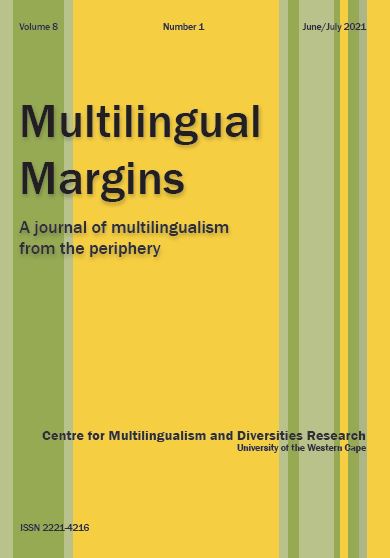