The Performative Grammars of Civic Action: Decolonizing Interstices of Language through Theatricalizing Sheng

Martin Banham’s ‘Languages of African Theatre’ evaluates artists torn between creating in English and writing in vernaculars. He asks, how can artists ‘decolonize the spirit’ of performing in the settler’s language without limiting what they say and how they say it? Banham goes on to argue that performance with its hybrid and transcendent multiple tongues allows for rich territory in which to both decolonize a subjugated past while bringing cultures together more freely and equally.

With this article, I problematize Banham’s proposal by analyzing from multiple positionalities a performance about language devised by students while I was a visiting professor in Kenya. The project: explore how youth employ the African Urban Youth Language ‘Sheng’ to build identity and resist oppressive systems. This performance was steeped in irony as the common ground for the theatre project was English, the oppressive lexicon of the students’ colonized past yet my only fluent language. Thus, as Banham attests, the artists used tools of ‘grammar’ and ‘politics of performance’ they had at their disposal to negotiate the performance landscape. Through the lenses of Kenneth Burke’s A Grammar of Motives, Janelle Reinelt’s artists as ‘citizens-in-the making,’ echoed by Banham’s belief in the potential for theatre to transcend rigid borders and systems of power, I analyze a performance that liberated language while simultaneously being bound by it. 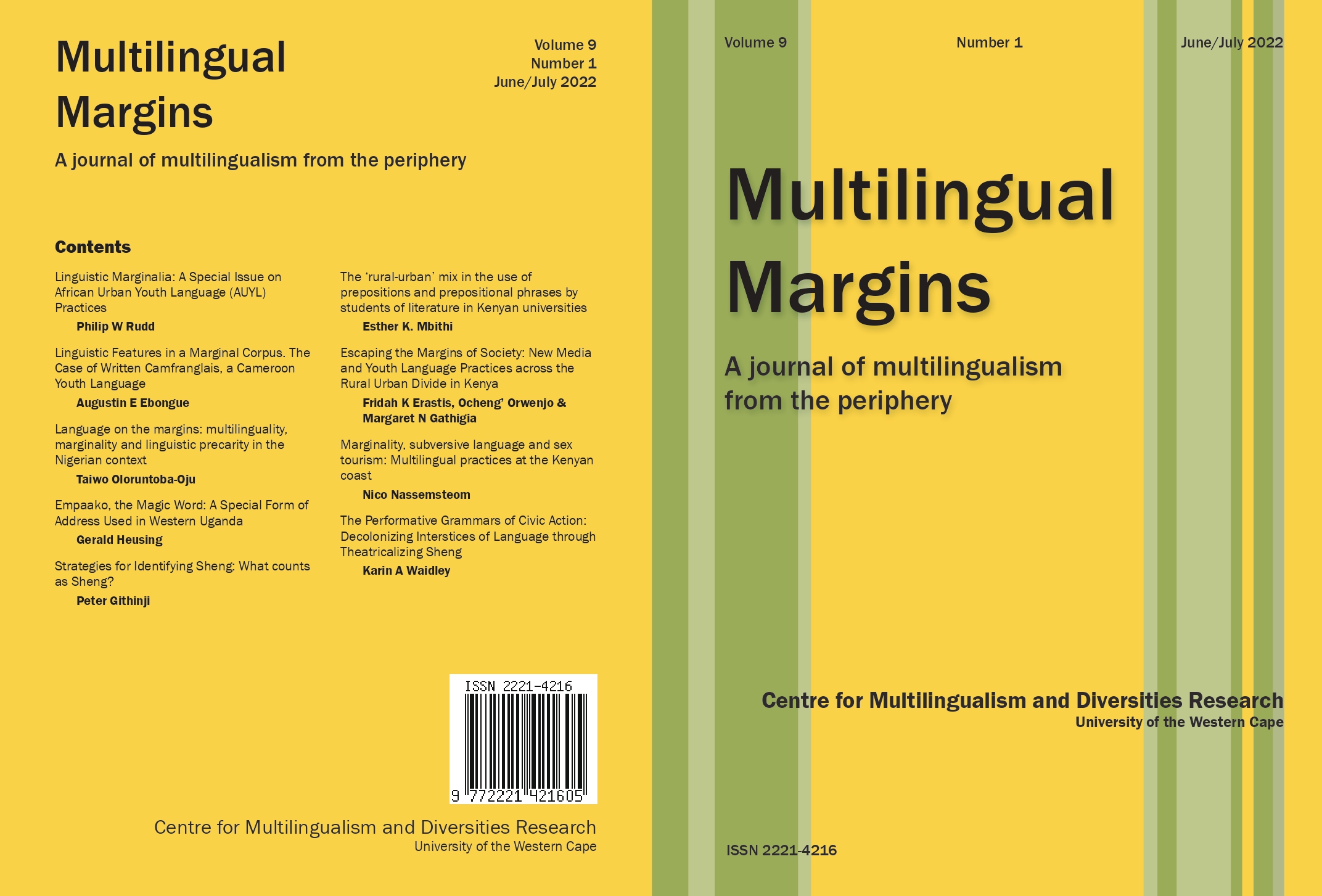