The historical dynamics of Kaaps – then and now

In this contribution, the processes in the formation of language operating in the past and at present are discussed, and applied in particular to Kaaps. Concepts such as pidginisation and creolisation as mechanisms of renewal, and also as linguistic effects of social forces, are clarified, in addition to the often contentious process of standardisation. The focus will also fall on the important role of Cape Muslim Afrikaans as nuclear dialect of Kaaps, and Kaaps as the matrix dialect (or matrilect, for short) of Afrikaans. In addition, the historical value of Arabic Afrikaans (the written form of Cape Muslim Afrikaans from ca. 1815 to 1950), both as phonetic record and lexical documentation of the vocabulary of the speakers, are highlighted. Lastly, the  historical and modern characteristics of Kaaps are scrutinised as a language variety in which both the timber rings of centuries gone by and the buds of new developments are in evidence. 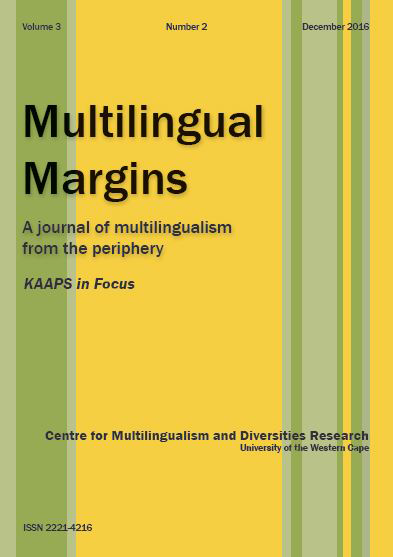